Winner of Best Use of Sound Award at ICAD 2019! 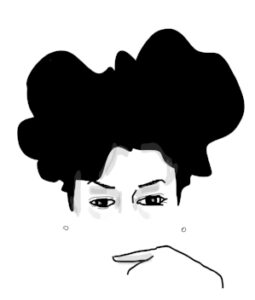 I am Sara Lenzi, an Italian sound designer with a background in electroacoustic music and philosophy and fifteen years of professional work between sound branding and sound art. A couple of years ago, I decided to take a break from the industry and dedicate entirely to research and as a consequence, I am currently completing my PhD in Design at the Politecnico di Milano, Italy. My focus is – no need to say it! – on data sonification which sounds extremely unusual, if not weird, to my mates at the Density Design Lab, where the focus is on information design and data viz. I am currently working on real-time peripheral monitoring of digital/physical systems with the goal of helping expert users to make sense of complex situations, not only relying on AI decisions but leveraging their personal knowledge through the use of familiar sounds.

How did you end up working on Sonification and Auditory Displays? 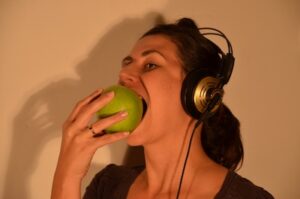 I heard about sonification back in the early 2000s when I was managing a blog called sounDesign.info and we were trying to explore all possible applications of what we called Sound Communication. As a musician, it immediately intrigued me but with a good dosis of skepticism…More recently, when I started dealing with numbers on a daily basis, as a marketing director of a tech/sound startup, again I wondered the chances sound had to really become a “mainstream” means of representing data. So finally two years ago I decided to get a PhD with the focus on really exploring whether the use of sound to represent large data flows has a chance a success in solving everyday problems in a data-intense society. Basically, my work with sonification is a sort of challenge with myself that I finally needed to take.

What is the role of Sonification/Auditory Display in your research?

My overarching interest is the relationship between AI-generated knowledge and human – generated decision-making. I am a strong supporter of the idea that the responsibility of the decision should be left in the hands of human operators. To do so, though, algorithms’ decisions and processes have to be made accountable for on a human scale so that we can check them against our personal experience before a decision is made. As a sound designer, I do not believe sound is a one-for-all solution for this matter, but I do believe that visual tools are not enough anymore. The relationship with huge amount of data requires, to be brought back to a human scale, a solution that leverages all the elements of our embodied experience of the world, among which, undoubtedly, sound has a prominent though understated role.

What is the most challenging part in your work?

As I said, the entire field of sonification is a challenge for me…but more practically, I see two main issues: the first is that as in any other applications of sound, most of the people are not yet ready for it, so it always requires from our part a lot of education first, which takes time and effort (as for instance, compared to engaging users and colleagues in visual design projects). Secondly, sonification is a highly transdisciplinary field. As a consequence, there are so many aspects to take into account when facing a project that my feeling is, the actual design of the sounds comes always last. As if it were a sort of beautification of the project! Whereas it is in the design of the actual sounds that lies the secret of a good user experience with sonification. But it’s not easy to keep the balance between all the aspects.

Anything special ICADders should know about you?

I define myself as a sound designer but having said that, I then struggle to decide whether I am more of a designer, a musician, an interaction designer…it would be interesting to know how my fellow ICADers define themselves and open a debate on this matter.

I am very excited to see what I think is a new approach to ICAD, I think a great moment for sonification is coming and our community should be prepared to have a voice in it. I see a lot of interest growing from the community of visual designers and data journalists, for example, so it would be a pity that the pioneers of sonification do not manage to get their voices heard “out there”. It’s definitely time to open up the activities of ICAD and communicate more!

I thought of it a lot, and I think I am comfortable to point at the “trash sound” or bin sounds of Apple MacOSs. Just a tiny auditory icon, but definitely one that gives me not only information on the completion of a task, but also a certain feeling of emotional accomplishment which I find very rewarding.

Any way to learn more about your work or reach out to you?

saralenzi.com is my website where I am also trying to keep a journal on my sonification explorations.