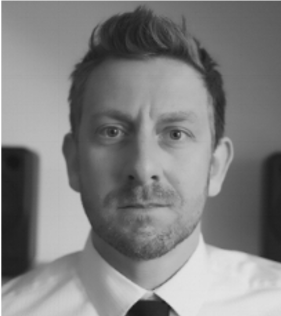 I am an Associate Professor in the Department of Psychology at Lafayette College in Easton, PA, which is about 60 miles outside of NYC. I’ve been at Lafayette since 2011, and my lab is called the Human Factors, Perception, and Cognition Lab. I received my PhD in Engineering Psychology in 2009 from Georgia Tech, where I was trained in Bruce Walker’s Sonification Lab. My research interests began in auditory displays and since have branched out to include more basic aspects of auditory cognition (like working memory for nonverbal sounds), as well as more general human factors topics such as automation. Currently, I’m working on projects that look at mental models of automation. I’m also working on a project that looks at auditory interruptions–specifically the auditory preemption phenomenon when an interruption from a sound purportedly disrupts an on-going visual task more so than a visual interruption. And I always have a few ideas-in-progress about sonification theory and more big-picture takes on the field.

How did you end up working on Sonification and Auditory Displays?

I was an undergraduate at DePauw University. My professor and advisor was Terri Bonebright, who was one of the early ICAD members and co-authored the influential Sonification Report. Around 1999, Terri asked me to be a research assistant for one of her projects on auditory graphs. I said “yes,” but I really didn’t know what it meant to do research or be a research assistant. That project would end up being my first co-authored publication (Bonebright et al., ICAD 2001). I worked on research with Terri for the rest of my time as an undergraduate (and beyond), and her professional connection with Bruce Walker at Georgia Tech was one of the factors that led me to graduate study in the Sonification Lab. So I was really fortunate early in my career—I received training from two really fantastic mentors, both of whom were deeply involved in the flurry of activity that followed the first couple of ICAD conferences.

What is the role of Sonification/Auditory Display in your research?

I view auditory display as sort of the home base of my expertise and my scholarship. Outside of a brief foray into clinical psychology before graduate school, my first few years of research were all focused on sonification. Since then, I’ve gone in some different directions with my research program. I spent a few years focused pretty intensively on cognitive psychology and working memory for nonverbal sounds, which is related to auditory display but involves very different audiences and research approaches. Lately I’ve been really interested in the human factors of automation, which can involve auditory displays but is a much broader research topic. But I usually have one or more auditory display projects active in my lab, and every few years I feel compelled to write about theory of sonification. So auditory display has been the most consistent research interest in my career so far, and ICAD has been the conference that feels like home.

What is the most challenging part in your work?

Lafayette is an undergraduate-only institution, so I don’t have graduate students working in my lab. That means that I’m in the critical path of every part of my research, and every research project is also an exercise in teaching and mentoring. I’m not sure that’s much different from what faculty at more research-oriented institutions experience, but it can be a challenge to stay productive without a bigger group of experienced people working in my lab. Still, I chose my home institution very deliberately—I enjoy teaching and mentoring, and Lafayette supports me quite well with research space and funding. I also am not beholden to chasing external funding, which allows me some freedom with respect to the research topics I pursue. There are always trade-offs to consider with career choices—it’s perhaps a little harder for me to produce a high quantity of research. But I get to mentor undergraduates and focus on a smaller number of projects that hopefully produce some results that are interesting, and I don’t have to constantly worry about getting the next grant proposal out.

I got into the field working with Terri Bonebright on auditory graphs, and I continued that work early on in my graduate career in Bruce Walker’s lab. If you happened to see my article last year in Ergonomics in Design (“Auditory Graphs Are Not the Killer App of Sonification, But They Work”), you’ll know that I think auditory graphs are an under-rated example of effective sonification. In particular, I think John Flowers’ work on auditory graphs was really good science and is perhaps a bit under-appreciated in the sonification community. John made some really great contributions with that work.

Any way to learn more about your work or reach out to you?

My lab’s website is http://sites.lafayette.edu/neesm, and all of my publications are available there. I’m on Twitter (@mikeanees). My email is neesm@lafayette.edu. I’m always open to talking about any of the topics I mentioned here—just reach out!